Elon Musk is at it again! Last month he announced a new future roofing product to be offered by Solar City. The product, Musk stated, will “combine Solar City’s solar panel technology with the batteries used in cars at Tesla Motors to create a fully-integrated solar roofing shingle system ” 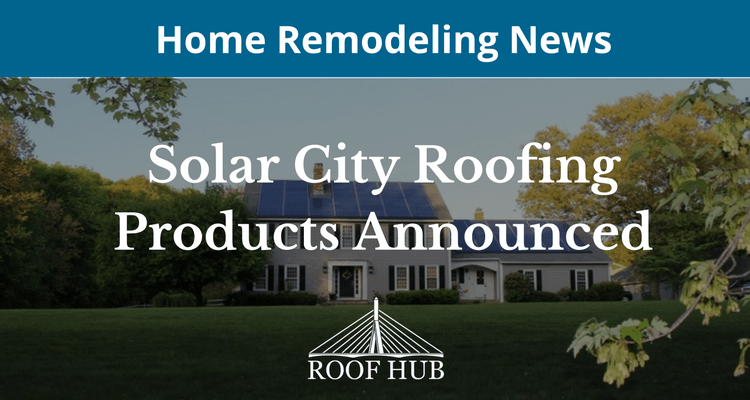 None other than Tesla’s second generation Powerwall which the company first started producing early last year, then introduced to the market in May. But the new product announcement doesn’t stop at a battery-powered roof…

Keep reading below for the full details on this potentially industry-shattering news!

Why Is Tesla So Important for Solar City’s New “Electric Roof”?

Musk is not only the Founder but also the Chairman, and CEO of both Solar City and Tesla Motors. As Chief Executive Officer, he’s brought both companies from startup to what is now duel $1,000,000,000+ valuations, with no plans of slowing down.

Back in July, Tesla issued a press release (written by Musk) that many experts believe will help in pushing both SolarCity and Tesla towards a merger; a merger that Musk himself confirms is a goal for the companies.

And if this is true, the merger could end up replacing any doubt about who the future king of solar systems will be in America…

Create a smoothly integrated and beautiful solar-roof-with-battery product that just works, empowering the individual as their own utility, and then scale that throughout the world. One ordering experience, one installation, one service contact, one phone app.

We can’t do this well if Tesla and Solar City are different companies, which is why we need to combine and break down the barriers inherent to being separate companies. That they are separate at all, despite similar origins and pursuit of the same overarching goal of sustainable energy, is largely an accident of history. Now that Tesla is ready to scale Powerwall and SolarCity is ready to provide highly differentiated solar, the time has come to bring them together.[/pullquote]

From a manufacturing, designing, and overall building standpoint, a merger would be positive if SolarCity and Musk are hoping for progress beyond only offering rooftop mounted panels.

No doubt, a completely integrated roofing system will be more efficient than module-like panels simply mounted on roofs; roofs that many customers are forced to replace before getting the panels installed anyway.

Experts are pointing to the inevitability of SolarCity creating yet another market for themselves if they can really pull off not only an integration with Tesla’s Powercell, but also put finishing touches on what will be a newly engineered, almost “smart roofing shingle.” And based on Elon Musk said in the company’s announcement last month, he seems to agree:

[pullquote align=”normal” cite=”Elon Musk on SolarCity/Tesla Roofing Product Announcement”]“It’s a solar roof, as opposed to a module on a roof. It’s not a thing on a roof. It is the roof,” Musk claimed.[/pullquote]

Analyzing this remodeling news beyond the obvious efficiency that will come on the manufacturing end if Tesla and SolarCity merge, is Musk and SolarCity overlooking important factors that may get in the way of boosting revenue for shareholders? Particularly, who will install the solar integrated shingles on the homes of Solar City’s new customers?

Has Solar City thought these potential challenges through? Or are they pushing too quickly to launch this product because of the gaining traction of other companies selling solar across America; namely Vivint, who boast their own billion dollar valuation as well as two notable, highly-publicized investors…

One is Peter Thiel, Facebook’s first investor and co-founder (with Musk) at Paypal. The other is former Massachusetts governor and 2012 Republican Presidential nominee Mitt Romney. Led by Theil and Romney, the $100,000,000 investment round for Vivint came only recently, in April 2016 (source).

Check out this graph below via Google Trends. It’s a 5-year graph of searches for both Vivint and SolarCity. Blue represents SolarCity, while Red represents competitor Vivint:

How Will Solar City Sell And Install The New Roofing Technology?

Rooftop modules, what consumers can purchase from the company now, are easier to sell because there aren’t many requirements from an engineering perspective. All that’s really required is proper training of an in-home salesperson. They generate most of their leads through online search and door-to-door sales, then send their in-home salespeople out to educate homeowners on how the technology works.

A solar system is one thing, but a completely integrated system with a new battery (via Tesla) plus groundbreaking shingle technology could present problems beyond fundamental sales presentations…

Will SolarCity’s representatives sell these new solar roofs based on energy-savings and (and perhaps aesthetics) alone, or will they opt for a more consultative approach? By no means are we claiming that buying this technology won’t be beneficial for homeowners, but the better energy bills won’t be worth too much if the shingles themselves aren’t strong.

Without any reviews for early models, it’s going to be interesting to watch how they’re pushed to homeowners, and in what regions they roll out in first. This is important because of Solar City’s popularity compared to that of Vivint across America. Take a look at this graph below: 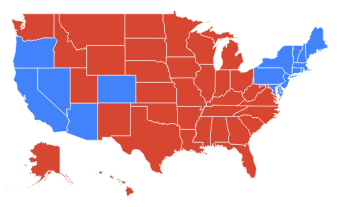 Vivint, represented by Red, is more popular in less affluent regions of America while Solar City, blue gets searched for more in regions where median household income is high.

Though we’re sure Solar City has a good, solid plan in place for rolling out their new roofing product, we question whether it will be a wise move to push sales too quickly when the product is untested. Because even the best roof replacement services in the world, nothing matters if the materials can’t stand up to heavy wind, snow, hail, or other extreme weather conditions that feel far too normal for many Americans.

Will Solar City build a team of nation-wide engineers to go around inspecting roofs before installation?

We must ask, because highly-trained roof inspectors (or at least veterans of the roofing industry) would be required to make sure this highly-efficient, yet untested roof is installed correctly. And before any installation even happens, an inspection and expert eye will be needed to make sure the roofing system can even be installed on a particular roof.

Here’s what I mean:

When Roof Hub goes out to your home to give a roofing estimate, we do a complete inspection in addition to giving the estimate. This is critical for your home’s health if we ever end up installing the roof. And we’re not the only company who does this for you. Any reputable roofing contractor should! And this is a big reason we put together this list of questions you should ask contractors before even having them out for an estimate.

Time-tested processes help us keep surprise costs down for homeowners on installation day. Without these inspections, homeowners can face $1,000’s of extras in wood replacement once their old shingles are removed from the roof. Why is this important in regard to SolarCity’s new roofing product?

Because to produce consistent results, our roof estimators must consider how every roofing material and product will be installed on your home. Beyond taking into consideration how the home is built, we need to consider how installers will navigate the roof on install day as well as how each product will sit and settle given the tough New England environment.

How Will SolarCity + Tesla Train Their Employees On The New Roofing System?

Training new roofing consultants from an engineering perspective takes months. Will Solar City create an expert training program to make sure early adopters are protected from uneducated, eager sales reps? And if so, can Solar City produce similar results on a state-to-state basis? Because as you can imagine, no shingle reacts to weather the same way in every market SolarCity services…

In reality, installing a new roof in Massachusetts will provide more challenges than installing the same roof in California near SolarCity’s headquarters.

How Much Will Solar Roof Shingles Cost Through Solar City? 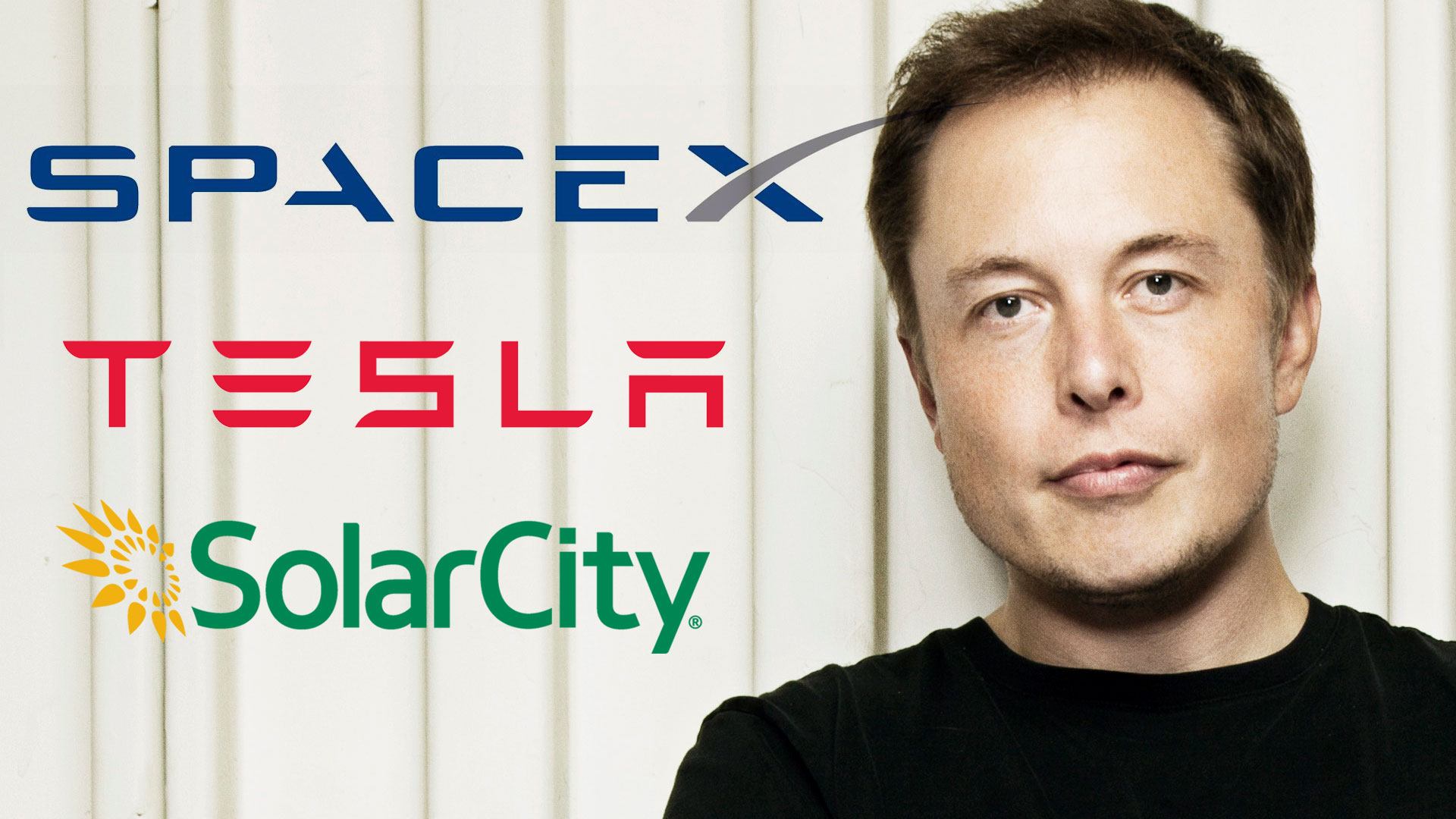 Elon Musk is no stranger to product pricing. His original Tesla’s were priced out of reach for most Americans. Early versions of the product were primarily sold to his Silicon Valley friends and investors. Since, he’s released more and more affordable lines and hopes to make the car an easy choice for all of America.

Will SolarCity’s new roofing product follow the same pricing path? How much will it cost to have solar shingles installed on your roof over the course of the next few years? The market is completely untested, so in terms of pricing and quality for these new solar shingles, only time will tell…

Nonetheless, we know the announcement will make bigger waves in the roofing industry once pricing is announced and residential roofing companies will need to adjust accordingly if they expect their own local earnings to continue trending upwards. If these local companies aren’t ready to work with (or to compete with) SolarCity’s new product, then they may as well expect underwhelming results moving forward, or worse, declining business because they weren’t able to stay ahead of trends.

For Massachusetts homeowners reading this, make sure whoever you choose to replace your roof is staying ahead of dying industry business practices. Because if they’re out of business, you may be out a warranty if disaster strikes in 10-15 years.

Are There Any Benefits For Roof Installers And Contractors In Massachusetts?

Not all is doom and gloom. We expect this to be a big boost for solar in New England, which is a positive for our energy bills. There may be a silver lining for select residential roofing contractors too.

For contractors who are looking for key partnerships, SolarCity’s new roofing products could represent new ways to gain investors on top of an opportunity to have a hand in developing products that will shape America’s future. Because if Solar City really does unveil a “complete roofing product,” they’ll no doubt need a hand with installations; unless they plan to fully attack that themselves, which may not be the most efficient way.

A Push For Solar City Roofing Training And Certified Installers?

“Certified professional roof installers approved by Solar City” may end up being a certification local companies begin to value and work towards. No doubt a move like this by SolarCity would be positive for consumers as well. Because the more money tech investors invest into the home remodeling industry, the more pricing will level out at the local level. More even pricing means less fly-by-night contractors for homeowners to sift through when searching for a roofer.

What do you think about this inevitable roof industry takeover attempt by Solar City?

Submit your comment below (no username required) and let us know which of this stuff seems like a good call by SolarCity.

Will the product only be made available to affluent homeowners in regions like California and New England?

Will they target tiny homes to prove the concept?

And in the end, is this a major opening for residential remodeling companies? Or, will it signal a declining influence for the hard-working local teams?

Regardless of whether you’re excited about this announcement or not, we can’t understate how important it is for local home remodeling companies. Gone are the years of stagnation. The roofing industry is clearly shifting. It’s time for contractors and homeowners alike to face the facts…

Here are some facts we know that weren’t covered above: